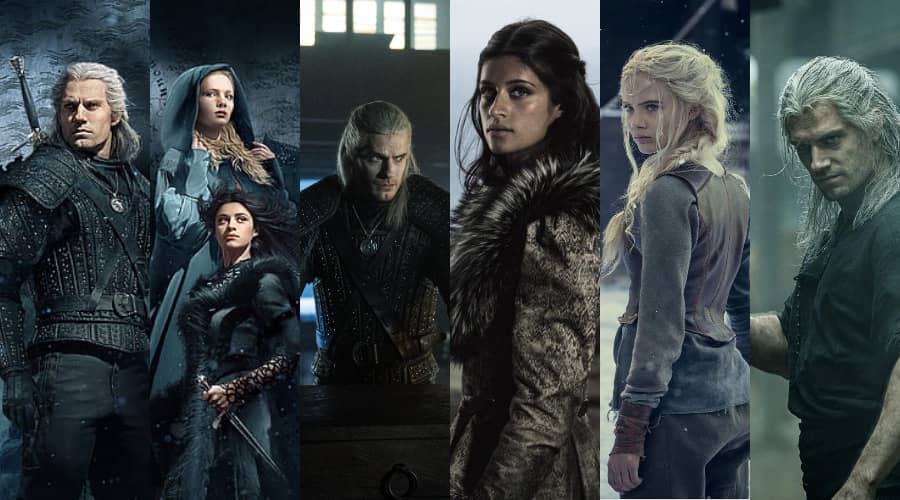 Most of us were confused about The Witcher TV show timeline in season 1. Now, with the second season out, you’ll probably re-watch season 1 and that is where this article comes in handy. There are many graphics online that explain the Witcher timeline, but we will make the timeline even easier to understand, so whenever you watch season 1 you can check episode-by-episode timeline here.

There are three main characters whose story is explored in the first season, Geralt of Rivia – the witcher himself, Ciri – the crown princess of Cintra, and Yennefer of Vengerberg – the quarter-elf sorceress. Gerald’s timeline goes from 1231 to 1263. Yennefer’s timelines go from 1206 and 1263. Ciri’s timeline is always 1263, so whenever you see Ciri, it’s the present time.

Use this simplified The Witcher TV Show Timeline whenever you are re-watching season 1. As you watch the episode, you can check which of the three main characters is in which year in that episode. Here is the timeline simplified:

After a fight with kikimora in 1231, Gerald comes to the town of Blaviken where he will meet wizard Stregobor and cursed princess Renfri, the two enemies who both want to hire him to kill the other one. When Renfri’s men attack Gerald, he will kill them all and become the Butcher of Blaviken.

In 1263 Cintra is attacked and conquered by Nilfgaard. Princess Ciri is sent by her grandmother Queen Calanthe to escape and find Gerald. After she is almost captured by a Nilfgaardian officer, Ciri will discover her powers.

We are back in 1206, which is furthest in the past in season 1 when Yennefer is sold to Aretuza to be trained as a mage.

Gerald is in the year 1240, hired to investigate grain thefts. He will encounter a creature named Sylvan and will be captured by the elven king.

In 1263, Ciri continues to run away from Nilfgaard. She will meet an elf, Dara.

It’s 1210 for Yennefer and she is finishing the training. She will transform her body and remove all her deformities, which she will use to charm Aedirn’s King Virfuril into taking her as an advisor.

In 1243, Gerald enters Temeria and is hired to fight a striga.

Ciri continues her journey with Dara through the woods, in 1263.

S1E4 – Of Banquets, Bastards and Burials

Yennefer is in 1240. She served Aedirn for thirty years. While escorting Queen Kalis, they are ambushed by an assassin. Escaping the assassin through the portals is the best scene in the episode.

In 1249, Geralt accompanies Jaskier to the betrothal feast of Princess Pavetta. This is where Gerald will jokingly invoke the Law of Surprise and where Ciri will become his destiny.

In 1263, Cirilla and Dara will encounter dryad queen Eithne in Brokilon Forest.

In 1256, Gerald meets Yennefer. Gerald will accidentally discover and release a Djinn. Yennefer will want to use a Djinn for her own goal.

Ciri (as always in 1263) will run into a doppler pretending to be Mousesack, advisor to Queen Calanthe.

A few years after they met, in 1262, Gerald and Yennefer will meet again in a dragon hunt.

In 1263, Ciri will discover that Mousesack is not Mousesack, but a doppler.

In episode 7, all three main characters are finally in the same year, 1263. After Nilfgaard invades Cintra, Gerald decides to find and protect Ciri. Yennefer is back in Aretuza, deciding whether she will join the mages who oppose Nilfgaard or be neutral. Ciri has stolen a horse while trying to escape Cintra.

As in the previous episode, in the final episode, everything that happens is in the year 1263. Yennefer and other mages are preparing to fight Nilfgaard. Gerald is wounded when he tries to protect a merchant from the undead monsters. Ciri is with the woman she stole the horse from earlier.